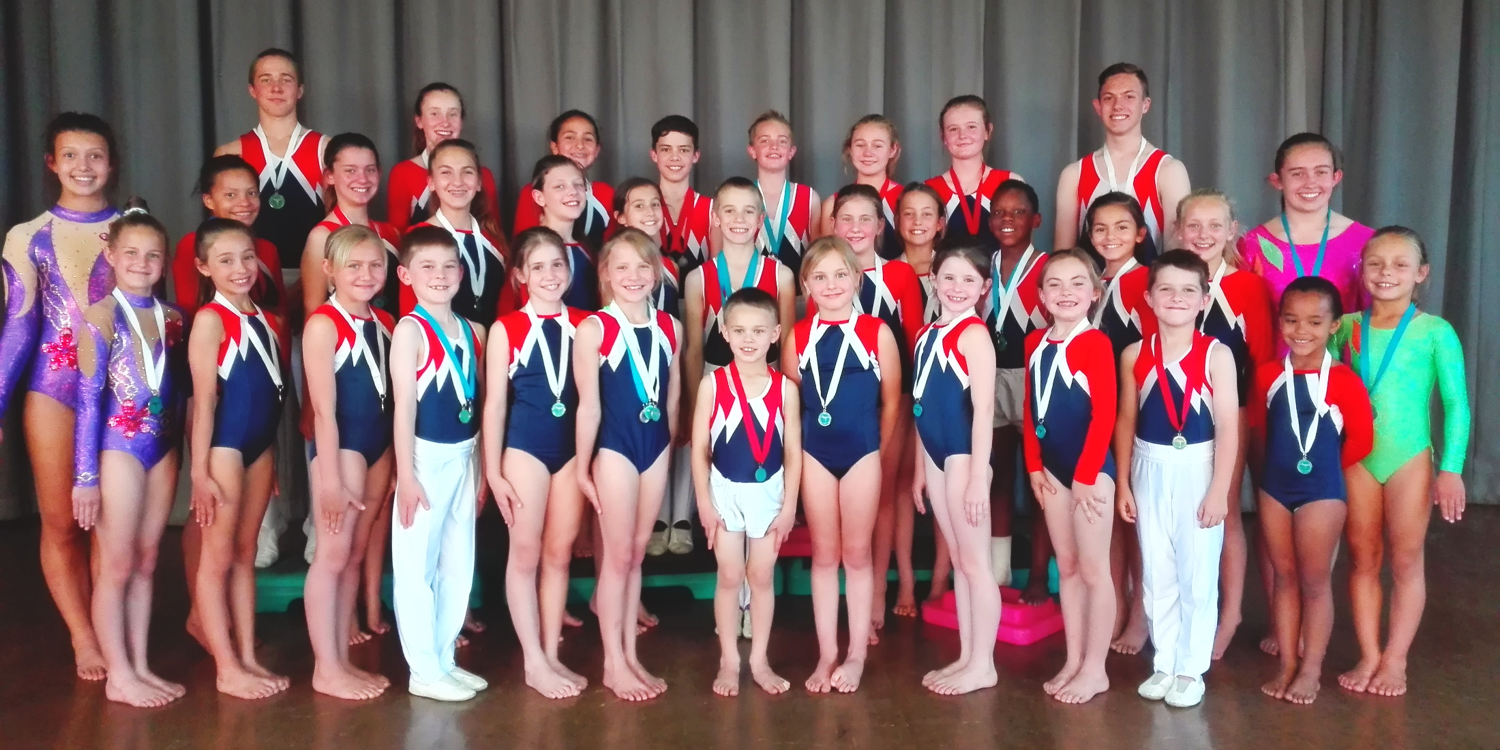 The clubs were well represented, making up a large portion of the Eastern Gauteng representation, both in the acrobatics and trampoline disciplines.

The gymnasts showed their quality, in the process racking up numerous medals, with the gold medal winners earning the title of South African Champion.

Of the 18 trampolinists who took part, they won a total of 21 medals comprising of nine gold, six silver and 6 bronze medals. This is the clubs? best showing at a national championship by far, having almost doubled the medal count from 2015.

In the acrobatic gymnastics events, ten groups won their categories, two groups achieved second place and one group received a bronze. This is also an improvement on the 2015 results.

The gymnasts who competed in the SA Gymnastics Games had to go through various qualifying competitions in order to earn the right to compete in the Games. They also receive Eastern Gauteng Colours for representing the region.

The majority of the gymnasts are from the Edenvale and Bedfordview areas, whilst some also reside in Boksburg, Benoni, Kempton Park, Brakpan and Kensington.

... back to training... #mastersgymnastsclub #gym

The results have been revealed, and we are over th

Congratulations to our Judging staff who achieved